Nespresso Breville vs Nespresso Delonghi: Which One Do You Choose? (Winter 2023)

Can't decide between Breville and De’Longhi? We compared them for you.
By
Samanta Fryer 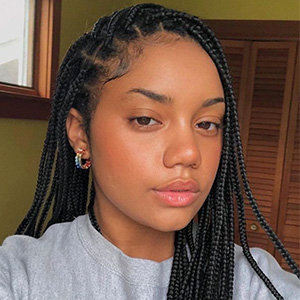 Ryan Hendricks
Expert
Ryan Hendricks is our tester, who puts products through their paces. He used to be a barista and is now a full-time coffee enthusiast. He’s always testing out new gadgets, read more
Last updated: December 30, 2022

Can't decide between Breville and De’Longhi? We compared them for you.
CoffeeVibe is reader-supported. We may earn a commission through products purchased using links on this page. Learn more about our process here

If you’re a capsule coffee lover, you have to wonder which coffee machine option in the Nespresso Breville vs. De’Longhi debate is worth your time and money. In the world of coffee aficionados, they’re both highly rated manufacturers with a knack for producing top-tier capsule coffee makers. Also, they typically produce similar machines. However, with a closer look at the features of these capsule coffee machines, you start to notice some slight differences.

It seems inevitable that they would have to be pitted against each other and compared in the interests of the final consumers. After all, how else are you supposed to know which options to pick? Well, this write-up will give you some background information on the two manufacturers. Additionally, it will compare some of the popular machines from each of the two manufacturers meant to serve the same market. This should not only leave you more educated but with an idea of which option is better when comparing Nespresso Breville vs. De’Longhi.

Nespresso is just one unit of the Nestlé Group which is mainly a food and drink processing company. They are based in Switzerland, and they invented the coffee capsule and the machines to go with it. This was because they noticed that you retain more flavor by keeping the coffee grounds hermetically sealed. Also, the packaging tends to preserve the coffee’s aroma.

They, however, outsourced the manufacturing of the said capsule coffee machines to different companies through partnerships. On the one hand, you have De’Longhi, an Italian manufacturing company that focuses on producing small appliances. An agreement with Nespresso in 2004 saw them start making coffee capsule machines. In contrast, Breville is an Australian manufacturer tasked with making coffee capsule machines as well. This partnership between Nespresso and Breville was put together in 2013.

It’s common to see options like the De’Longhi Nespresso Essenza Mini competing with the Breville Nespresso Essenza Mini or the Breville Nespresso CitiZ with the De’Longhi Nespresso CitiZ. Despite the similarities in naming, we assure you that these are two different coffee capsule machines. The differences are not apparent if you just breeze through the features of each. However, if you carefully study them, you’ll see variations in their coffee preparation methods, cup sizes, dimensions, weight, color options, and more. However, for competing models, the pump pressure and water tank capacity are almost always similar.

Some of the popular models for both brands are the Essenza Mini, VertuoPlus Deluxe, Nespresso CitiZ. As we mentioned before, the naming for offerings from both brands is similar. Consequently, there is an Essenza Mini option from Breville and one from De’Longhi. The same is the case for the other two popular models.

Since you want to know which brand is superior, we will compare these models, and hopefully, that can get you to a verdict on the topic.

However, the situation is precisely the same for the De’Longhi variation of the machine. Consequently, there is no clear winner or loser in this area.

Additionally, the Breville option comes with a 20.3 oz water tank that you won’t have to refill after every coffee cup you brew. As such, depending on the cup size you pick, you could get as many as 24 cups from a single refill. However, if you consistently pick the larger 1.35 oz cup size, the highest number of coffee cups you’ll get from the device is fifteen.

The De’Longhi, on the other hand, has 1.35 oz as its smallest cup size despite the water tank capacity being precisely the same. In addition to that, you can opt for 3.7 oz cup sizes which will, of course, reduce the number of coffee cups you can get from the machine. The winner here depends on how you like your coffee. Since the espresso uses less water in the Breville version, it is bound to be stronger than its counterpart. This applies to the Lungi as well.

Both brands also understand that many users tend to forget to shut down their machines after use. This is the reason for the eco-mode in their capsule coffee machines. Consequently, if you leave any of these coffee-making tools unattended for more than 3 minutes, it will enter the eco-mode and reduce power consumption. Additionally, if you do get to nine minutes without pressing a button, the machines will shut down completely.

Next, we look at the brew time. Since it takes about 25 seconds for both machines to heat water to the ideal temperature, the brew time should be about the same. That said, the option that’s pouring coffee into a larger cup will likely take an extra second or two to complete the process.

As an extra benefit to buyers of both machines, you won’t need to worry about purchasing capsules right away. You’re given sixteen in the package, and you can try out the different intensities to find out what you like and don’t like.

One area where the De’Longhi model is clearly superior is in terms of the memory function. This means that you can program the coffee-making tool to provide you with the coffee intensity you require.

For this, you long-press either the Lungi or the Espresso button depending on the type of coffee you want to make. Hold that position until the coffee in the cup is to your desired standards, then release the button. The light in the button should blink a few times, meaning that this setting has been stored.

After that, you’re free to press and release the button, and the machine will take care of the rest. The Breville doesn’t have a similar feature, so you can only work with the included settings.

Another difference is in the color options available. You can get the Breville in black, grey, and white, while the De’ Longi is available in either red or black. You can pick and choose depending on what you think will match your kitchen décor.

Lastly, let’s talk about the warranty. The base option for the Breville covers you for one year. That said, depending on the vendor, you can pay a bit extra and extend the coverage to either two or three years. For the De’Longi, the base warranty is two years.

Notably, this does end up producing more crema as compared to CitiZ and Essenza Mini options. This is essential if you want crema in your larger cup sizes, such as the Mug and Alto coffee size options. Speaking of cup sizes, the VertuoPlus from Breville has up to four options to choose from. These include the Alto and Mug options we already mentioned in addition to Espresso and Lungo.

For full use of these cup sizes, you’ll have to buy the corresponding capsule sizes as well. As for the De’Longhi VertuoPlus, you get 1.35, 8, and 14 oz coffee cups which are Espresso, coffee, and Alto, respectively. The tank capacity is 60 oz for both machines.

Looking at the design of these VertuoPlus models, you notice that there is only one button for operation. Consequently, you may be left wondering how the machine can determine the cup size. Well, both manufacturers have fitted their offerings with technology to read the barcodes on the coffee capsules you buy. If the capsule is meant for a Lungo coffee, the machines will read that and tweak the settings accordingly. The same is the case when you load the Espresso or Alto capsules.

Like the Essenza mini options, these two picks also come with auto-shutoff features, so you needn’t worry if you leave the device on as you head to work. Even the color options you get from the manufacturers are almost the same, with the Breville VertuoPlus Deluxe having one additional finish option.

In terms of size and weight, the differences are negligible and likely won’t be enough to make you pick either the Breville or the De’Longhi. Additionally, both manufacturers ship their VertuoPlus Deluxe machines with an Aerocinno milk frother, so they’re tied in this area as well.

Where differences are concerned, you have the memory function. Again, the De’Longhi edges in front of the Breville machine by having a programmable memory while the alternative doesn’t. The process for programming is the same as that of the De’Longhi Nespresso Essenza Mini outlined above.

You also see the De’Longhi push further ahead when you take into account the used capsule container capacity. The Breville is limited to 10, while the alternative can house up to four more. This effectively makes the De’Longhi version our favorite of the two.

As for our last comparison, we will have the Breville Nespresso CitiZ vs. the De’Longhi Nespresso CitiZ. The CitiZ by Breville is available in red and titan grey. In contrast, you can only get the De’Longhi version in either white or black. Like our last two comparisons of capsule coffee makers from these two brands, the CitiZ versions are relatively similar.

You can see that in the coffee preparation methods, which are limited to Lungo and Espresso for both machines. Unlike the VertuoPlus Deluxe models, which use centrifusion to extract the flavors and aromas from the coffee, the CitiZ picks use pump pressure like most other coffee machines in the market.

Where water capacity is concerned, they both have 34 oz tanks which sit between the 20.3 oz versions of the Essenza Mini and 60 oz tanks of the VertuoPlus Deluxe models. A positive aspect of these two coffee makers is that in addition to the complementary set of capsules provided with the purchase, you’re also given Aerochino frothers.

Another similarity where the Essenza Minis and the CitiZ picks are concerned is the cup sizes. However, this only applies to the Breville side. The Breville Essenza Mini is capable of making 0.84 and 1.35 oz coffee cups, and the same is the case for the Breville CitiZ.

One thing that falls in favor of the De’Longhi is the size of the whole machine. This version is slightly more compact which means it fits easier in your luggage and is thus more portable. You even have a 0.2 lbs reduction in weight which might not make that much of a difference in your buying decision.

Where safety measures are concerned, it doesn’t seem like you can pick one machine over the other as they both shut off after nine minutes. The most glaring differences come in the programmability of the devices.

Those from De’Longhi can be programmed and reset to the user’s needs, while those from Breville can’t.

For almost everything else, you see similar features and negligible differences. Examples can be seen when you look into the tank capacities, weight, dimensions, warranties, finish options available, and more.

However, one thing that might work out in favor of the Breville models is the cup sizes. This is because some people prefer smaller but stronger cup sizes for their coffee. Nevertheless, this is only a matter of preference and not one where Breville has a clear-cut advantage over the competition.